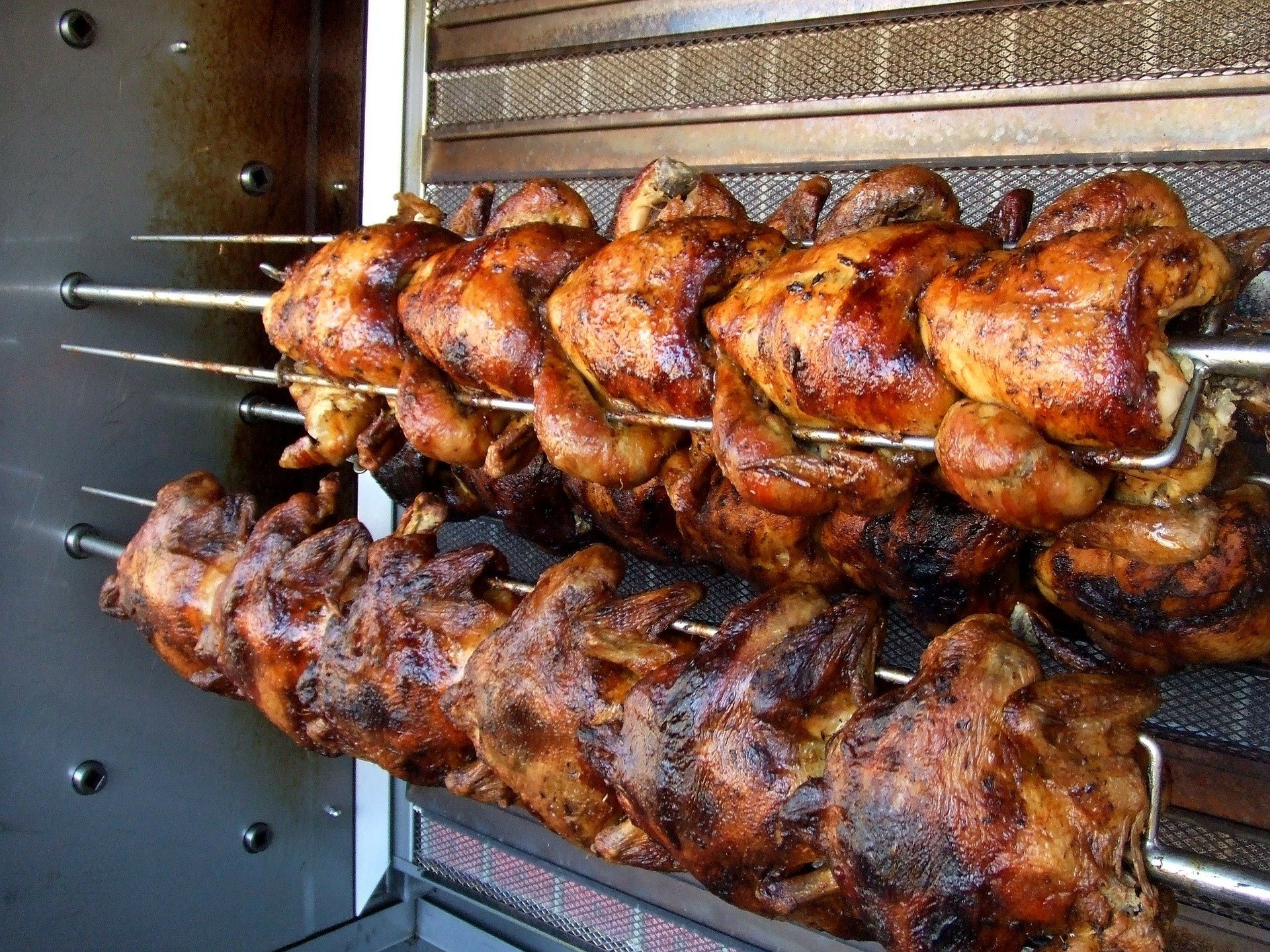 National Rotisserie Chicken Day (and the power of a great slogan)

National Rotisserie Chicken Day may seem like an odd day for a marketing firm to highlight, but there’s a good reason we are.

Those few little words that burrow into your subconscious, repeating into infinity. The important marketing tools that make you identify and identify with companies, products, and services.

As street vendors sold their wares in times of old, it was common for them to call out the products they were selling. When you wanted fish, you’d go to the merchant yelling they had fish for sale.

But if you were the fish seller, you wanted to make sure customers came to you first. So, you began yelling other things.  Little memorable sayings about your fish, where it was caught, and maybe your prowess as a fisher. Words that would ensure when customers think of fish, they instantly thing of your fish.

But back to the beginning. What do slogans have to do with rotisserie chicken?

So, it makes sense on National Rotisserie Chicken Day to examine and learn from three slogans for Ronco products as seen through our AdsIntelligence Marketing Lens (patent pending).

Inventor and marketer extraordinaire, Ron Popeil hawked his goods with some of the most memorable and influential slogans in advertising history. This includes the slogan for his Ronco Showtime Rotisserie, “Set it and forget it!”

It’s short, it rhymes, it’s perfect. Watching that animated gif, you know the audience is chanting it along with Ron.

But while the exact wording of slogans should be set to avoid ambiguity and message confusions, they should never be forgotten. They should be regularly reevaluated to see if they continue to speak to the product, social landscape, customer attitudes, and current buying trends, and be retooled, repaired, or replaced as needed.

Sometimes, a slogan will change every few years. Wendy’s, for example, has had at least a dozen slogans since 1970 alone. And sometimes, that’s never—like Maxwell House coffee which has been using the same “Good to the last drop” slogan for almost a century!

Slogan Lesson #1: Set it, but not in stone—and never forget it.

We know you’ve heard this slogan before, because it’s been parodied everywhere from Saturday Night Live to The Simpsons. It’s inspired all sorts of artistic performers, from the watermelon-smashing comedy of Gallagher to the innovative musical virtuosity of Frank Zappa.

“It slices! It dices!” is a slogan is for the Veg-O-Matic. Invented by Ron’s father, Sam, this inexpensive and easy-to-use tool quickly chops fruits and vegetables. It was one of the first “As Seen on TV” products and sold almost exclusively through direct marketing to the consumer.

Again, Ronco uses a short, rhyming slogan. But this time, instead of instructing you how to use the product, it tells you exactly what the product does. The Veg-O-Matic slices and dices. There aren’t any extraneous words used. The message and the meaning are both concise and to the point.

Slogan Lesson #2: Speak to what your product is or does.

Decades before Steve Jobs showed off Apple’s now-famous “one more thing” at the 1999 Macworld Expo, Ronco promised more in its own marketing. Sure, you could get your Ronco Showtime Rotisserie, but you’re not going to leave with only that product: you’re getting more.

Think about the breakfast cereal Wheaties, the “Breakfast of Champions.” Sure, they get all sorts of celebrities on their boxes, strong athletes from all avenues of sport, but there’s also an implied promise there. If you eat Wheaties, you will also be a champion. And being a champion is a lot more than you expected from a simple breakfast cereal.

Slogan Lesson #3: Promote the extended value of your product.